The Alpha Release of the D-TA is not for production use.

In the use case where it issues shares, the D-TA holds nothing except for its Master Secret and acts as a distributed private key generation server. In the use case where it is safeguarding shares of secrets, it is up to the application developer to implement back-end application logic to hold those shares securely. Examples include using Hardware Security Modules (HSMs) via an on-board PKCS#11 implementation to create a realm of key encryption keys, or multi-party computation through BLS signature aggregation.

Operators of Decentralized Trust Authorities are segmented into three roles.

A D-TA facilitates secure and auditable communication between entities and service providers who can keep shares of secret keys safe (Fiduciaries). The D-TA is written in Go and uses REST services based on the GoKit microservices framework. The D-TA uses IPFS to create a shared immutable log of transactions and relies on Milagro-Crypto-C for it's crypto. Future release candidates will incorporate Tendermint for consensus protocol.

In order to safeguard a secret using the D-TA a minimum of two roles are required: a client (Principal) and a server (Fiduciary). In addition a third party can be nominated as the ultimate recipient of the secret (Beneficiary). You can run a single D-TA to provide all three roles if you want to see it in action. See the quick start guide for instructions on how to do that.

This system can be imagined like a "network HSM". Below is a VERY simplified overview of the process: 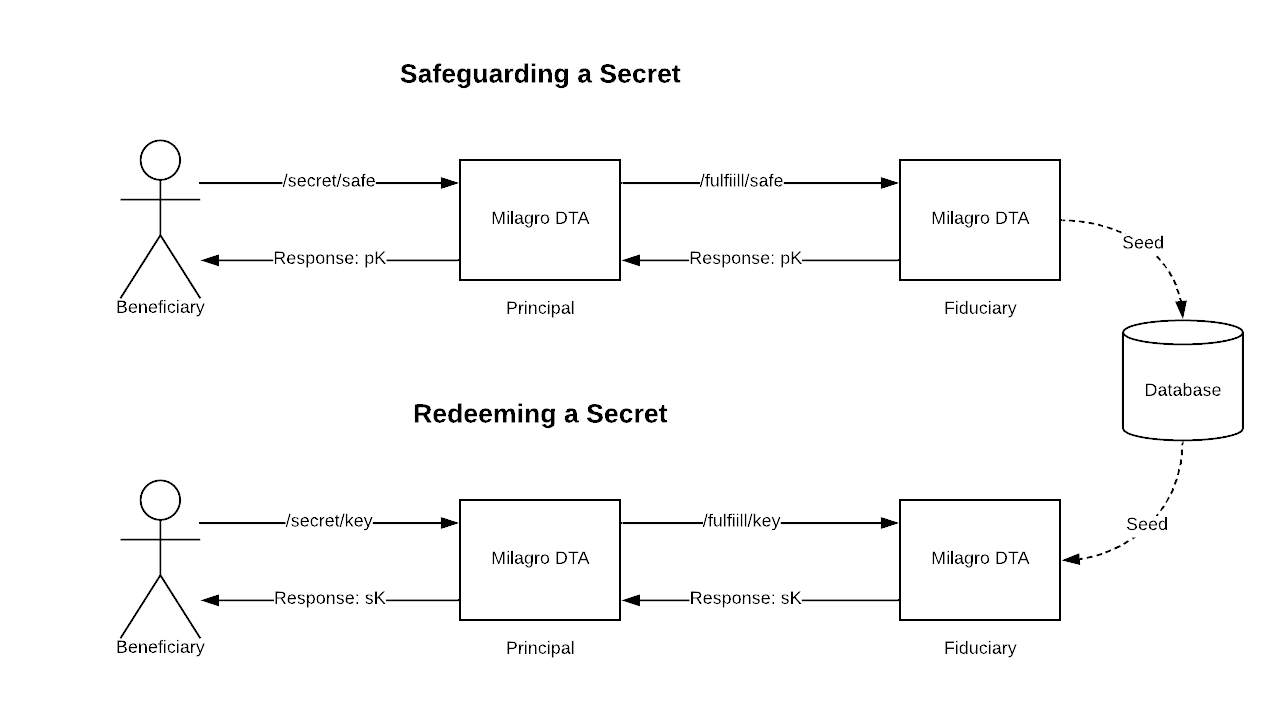 The Seed is the focus of the system - the D-TA provides a method for Principals to communicate with Fiduciaries who can secure their secrets, it does not prescribe how the securing should be done. The most basic implementation of a D-TA should secure seeds in an HSM using a PKCS#11 interface.

We hope that many custodial services will adopt the Milagro D-TA as a communication protocol and that they will bring a profusion of security paradigms, by working together we can make a dynamic market place for custodial services and together make the Internet a safer place.

The D-TA provides a secure, distributed method of communication between Beneficiaries, Principals and Fiduciaries. It aims to solve the following problems: 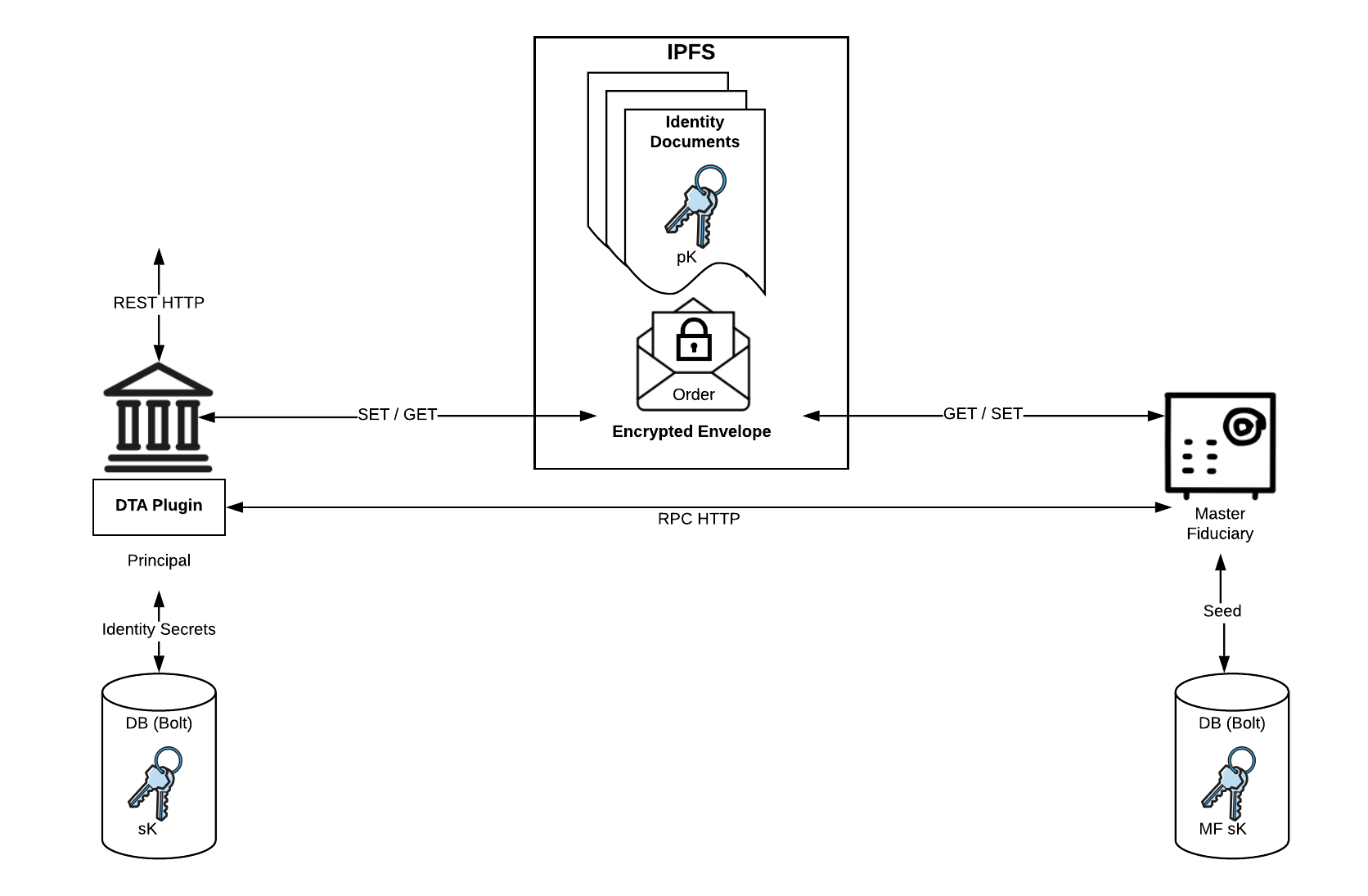